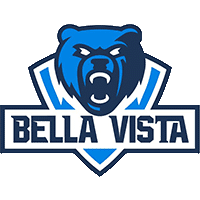 Today Spire Academy will take on Bella Vista with coverage starting at 6:30 pm, the game will be televised on ESPN+, proving that Lamelo Ball is becoming as famous as any high school player ever. Spire won their last game against Life Christian Academy 91-79 with Lamelo Ball scoring a 30 point triple double.

A game being nationally televised for a high school player shows just how great and just how popular Lamelo Ball has become. Bella Vista however, is loaded up with talent including four players with high major offers for college. This includes 6-7 guard Terry Armstrong, Dayton Holmon, Addison Patterson, and 7-1 Rick Issanza, all of which have offers from top colleges including Michigan State, Oregon, Oklahoma, and Texas Tech.

Not only does Bella Vista have talent in the form of players, but their coach trained the number 1 overall pick in the draft this year, Deandre Ayton. This shows that Spire will not only have to worry about Bella Vista’s talent on the court, but their amazing coach running things off of it.

Jermaine Jackson of Spire is no slouch at the head coaching position either, as he has put together and all-star squad and has them playing together on all cylinders firing away and knocking down all the competition in their path.

Lamelo Ball and Spire Vs. Bella Vista
If your TV doesn't have ESPN+ you can catch the game a this linkhttps://t.co/CWdRypAYju

Rocket Watts has become Lamelo Ball’s number two on the Spire squad and is coming off of a down game for his lofty standards, Spire will not be able to win tonight if Watts only puts up 10 points again. Lamelo and Rocket must be on to of their game to beat a team with so much talent.

This game should be a very challenging one for the star studded Spire team, and the fact that it is on ESPN further proves just how great this Spire squad is becoming, tonight will be a hard fought game with two of the best schools in the country, I believe Spire will take this one 88-83.

To check out my recap of the last game against Life Christian Academy click here: